It’s our 200th episode and all regular hosts and guest hosts are here. We follow up on the lack of IT sessions at WWDC, the future of self driving cars, a test install of Mojave with your existing home folder. “Does Apple Even Care About the Mac?” is the question asked on Vector. We discuss a proof of concept Xcode for iPad! We touch on the “upgrade pricing” new on the App Store. Tim’s annual Top 10 WWDC 2018 Videos is out. Airbnb sunsetting their use of React Native and Marzipanify and iOSMac are brought in by Greg. We talk about our 200 or so episodes. Picks: iOS developer skills matrix, Random numbers in Swift, Swift Diagnostics: #warning and #error

This week we answer an #askMTJC on AirPlay-ing Amazon Prime videos. We follow up on holographic billboard and LaunchKit shutting down. We were midway through WWDC 2017 week, so we share our impressions on the WWDC17 Keynote, Platform State of the Union and some of the live sessions we had watched. Picks: Refactoring!, Blackbox Puzzles wins ADA, What’s New in iOS, Simulating a second finger during drag, Xcode 9 Beta.

NB – we misquoted the hardware pricing of iMac Pro and Mac Pro. They are $4,999 and $2,999 USD respectively. This error we regret.

Safe Area aka Type Safety in print and publishing. Also the correct term in TV production is Overscan.

This week we follow up on replacements to Fabric and iAd, as well as ColorSync Manager and CarPlay & Android Auto delays in auto manufacturing. We also touch on Find My Air Pods and Apple Pay. We delve into the upcoming ability to respond to reviews and the SKStoreReviewController. We examine the case for deprecating UITableView replacing it with UICollectionView. Picks: Realm Word Tour, Limited Edition Super Bowl Tostitos, Apple UI Design Resources, using vector graphics in apps, 33 iOS open source libraries that will dominate 2017.

This week Tammy Coron, Jaime Lopez Jr and Tim Mitra follow up on What the iPhone Means to Me as well as Consumer Reports turnaround on recommending the new MacBook Pro. We also follow up on rumors of Apple taking of Netflix and Spotify by creating it’s own content. We discuss Google’s acquisition of the Fabric set of tools. We delve into the world of digital color discussing Instagram’s adoption of Wide Color. We also examine Ash Furrow’s post on Naming Things in Swift. Our Picks this week are; Affinity Designer, Universal Principles of Design, The History of Paper Money and Zepelin.

We begin this week discussing bandwidth and the costs of future data use. We discuss integrated chips in the light of Intel becoming an ARM foundry. Apple Pay is coming to more smaller banks and PC Financial, as well as Chick-fil-a. We follow up on iCloud Keychain and Apple use of HSMs. We discuss Microsoft’s response to the latest iPad Pro as computer commercial. Picks: Relayout

This week we find out what Jaime thinks about burritos and his first computer. We discussed the rumored MacBook Air with USB-C port. We discuss the iPad Paradox in light of Apple’s better than expected Q3 results and compare the iPad with the Surface. We dig deeper into Apple’s third-quarter results and Apple’s sale of the one billionth iPhone sold. We follow up on NIST declaration of SMS two-factor authentication insecurity. Picks: ItsyCal, Flask-ASK, Prisma, MiFlight

This week we discuss the rumoured OLED display bar for the MacBook Pro line. We follow up on Mekorama, Mekorama Forum and Twitterrific’s Tip Jar. We discuss Apple Pay initial role out in Canada. We cover the Swift 3.0 Preview for developers. We discuss naming classes in code as well as delegates vs observers. Picks: MTJC T-Shirts Update, NSCache, Jazzy and Hyperdev

Tim’s conversation with Martin Magni
> How did you build it? Unity?
I wrote it from scratch in C and used the (open source) Bullet Physics library.
> Did you do all the work, art, music?
Yes. I’m a bit of a jack of all trades 😉
> What made you decide on pay what you want?
I wanted to try IAPs. But locking features down would hurt the game. Especially given its create and share functionality, which benefits from having many users contribute content. PWYW “solves” these issues and seems relatively untried in the app stores.
> We talk about devs charging decent money for their work. How has the IAP performed. Not to be to specific. Are you happy with the result?
I charge exactly what the app is worth to you, couldn’t get more decent than that.
Are people paying? Some. (Thank you!) Am I making minimum wage? No. Will I survive? Yes, I’m extremely frugal.
> What cause the app to tip? Was it marketing, interviews, luck?
Would it be presumptuous of me to suggest that the quality of the game played a role? Making it free helped too.
> How long did it take? Were you working on it exclusively?
I’m a full time indie dev. I worked exclusively on the game for almost a year and a half.
> How are your other apps doing, do you have any?
My first game (in my current solo constellation) was 2015’s Odd Bot Out. It’s pay to play and has done better than Mekorama (so far).

This week Jaime follows up on Google IO – Android Instant Apps & FireBase, as well as Google Play services. We delve into Firebase’s new platform. Tim also follows up on discussions with Ryan MacLeod developer of Blackbox (SPOILER: 24:30 – 27:00). We discuss Apple’s future plans with rumored Siri SDK and a voice-enabled home device as well as Vocal IQ. We look at Apple technologies and make predictions of what Apple will introduce at WWDC16. We also look at the upcoming 5G technologies. Picks: Xcode search, Blockhead, Mekorama (we CollectionView and ScrollView in the after show)

Yes, I incorrectly stated the power charger requirement for iPads. It requires a 10 volt charger. 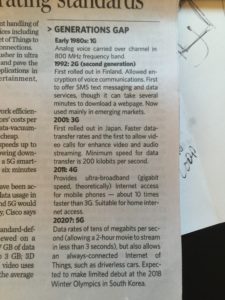